Grant Collier grew up in the foothills above Denver and spent much of his childhood exploring Colorado’s Rocky Mountains. After graduating from Pomona College in 1996, Grant began a photographic career that had him following, quite literally, in the footsteps of his great-great-grandfather, the pioneer photographer Joseph Collier. Grant traveled throughout Colorado taking photos from the exact same spots that Joseph had taken his images over one hundred years earlier. These photographs were published in the book Colorado: Yesterday & Today in 2001.

Since this time, Grant has authored 11 more photography books, including Collier's Guide to Night Photography, Moab, Utah by Day & Night, Colorado's National Parks & Monuments, and Colorado Then & Now. He also produces a Colorado wall calendar, a bestselling Starry Nights wall calendar, and a Demotivational wall calendar. His photography has been published in magazines across the United States and Europe, including several cover images. Grant's work has been featured in numerous other media outlets, including CNN.com, NBC, CBS, PBS, WB2, UPN, The Special Reserve Collection, America's Scenic Drives, the Mammoth Book series, the Cube Book series, the Denver Post, the L.A. Times, and the cover of the Rocky Mountain News. 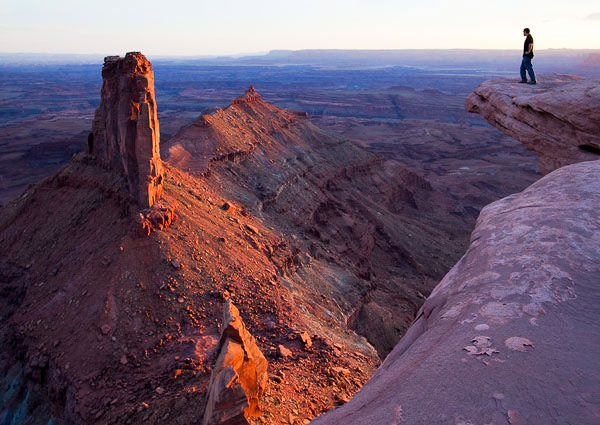 Grant on an overlook in Utah's canyon country.


Back to Collier Photography Home Page